Revelation13.net: The English King James version Bible code - Part 6a - Physics: String Theory and a Unified Theory of Everything and the Afterlife

String Theory and a Unified Theory of Everything

String Theory promises to be the next step beyond Einstein and his Theory of Relativity, to develop a unified theory of physics that will unify all the forces of physics and explain physics at the subatomic level and the astronomical level, as a Theory of Everything. String Theory is very strange, since it says that there are extra dimensions beyond those we see, with 6 or more dimensions curled-up and therefore invisible to us, in a Braneworld. The String Theory M-Theory is the current state of String Theory that integrated several alternative competing versions of String Theory. String Theory is analagous to a musical symphony, since it says that the smallest particles are vibrating strings. And a message to the Mathematicians and Physicists working on String Theory: the Bible Code seems to be saying in these matrices that you are on the right track with String Theory to achieve the Theory of Everything, and in the future it will be said that you achieved the next step after Einstein, for a Grand Unification Theory of Physics. Perhaps the "M" in M-Theory we can associate with the 13th Hebrew letter Mem, which corresponds to "water", as if the universe is like an ocean of water. Also note that Mem has a numerical value of 40, and 40 is associated with testing in a Biblical sense, for example Christ was 40 days in the wilderness. M-Theory suggests that there are eleven dimensions, and parallel universes may exist next to each other. This other dimension and universe idea sounds like the Biblical ideas of multiple heavens and hells, hell could be another dimensional universe of eternal torment, heaven another universe that is a paradise. For example, in 2 Corinthians 12:1-4: "I knew a man...such an one caught up to the third heaven...How that he was caught up into paradise". Third heaven, paradise, sounds like other braneworlds, other dimensions. And note that in the last chapter of the Bible, the Book of Revelation, which has prophecies of the future, Revelation 21:1 "And I saw a new heaven and a new earth: for the first heaven and the first earth were passed away; and there was no more sea." If M-Theory is the sea, does this mean that the earth will then pass into another universe or Braneworld? See the matrix below in Psalms 31:23 - 115:1, with keyword UNIVERSE, which may be predicting a universe transfornmation.
The next matrix, on String Theory, is at Psalm 129:8 - Proverbs 3:29:
-- THEORY (ELS=-3664)
-- STRING
-- UNIFY (as in a unified theory of physics)
-- ATOMIC
-- BRANE
And also in this matrix:
-- STRETCHED OUT
-- AND LAID THINE HAND UPON ME SUCH KNOWLEDGE
-- THY WORKS AND THAT MY SOUL KNOWETH
-- COUNT
-- STRANGE (certainly String Theory is very strange)
-- THE GLORIOUS MAJESTY OF HIS KINGDOM (about the grand design evident in String Theory)
-- STRINGED INSTRUMENTS
-- INSTRUCTION
-- HE ESTABLISHED THE HEAVENS 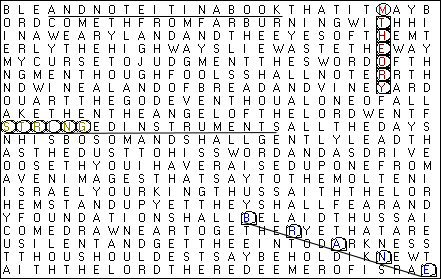 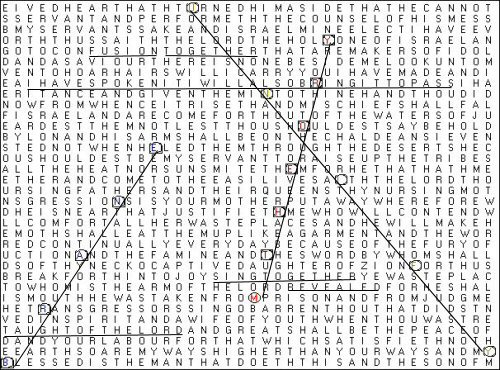 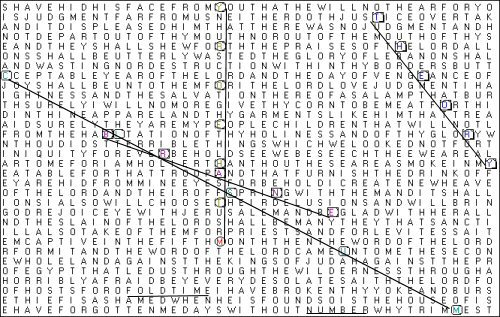 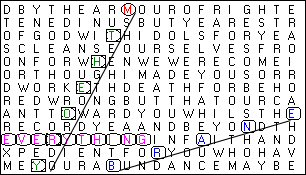 The matrix above may be saying that M-Theory is the Theory of Everything, since it contains together the words: M-THEORY, THEORY, EVERYTHING, with these words crossing. This matrix above begins at 2 Cor. 6:7" "By the word of truth, by the power of God...". The word EVERYTHING" above is in 2 Cor. 8:7: "Therefore, as ye abound in every thing, in faith, and utterance, and knowledge, and in all diligence...".
The next matrix is at Colossians 3:8 - Hebrews 7:26, and it contains:
-- M-THEORY (ELS=-3321)
-- UNIFY
-- MUSIC
-- BRANE
And also:
-- WALK IN WISDOM (in Colossians 4:5: "Walk in wisdom toward them that are without, redeeming the time")
-- MAKE IT MANIFEST
-- WITH POWER
-- THINGS WHICH THOU HAST LEARNED
-- MIND
-- THE TRUTH
-- THAT WHICH IS TO COME
-- IN ANOTHER PLACE (another dimension?) 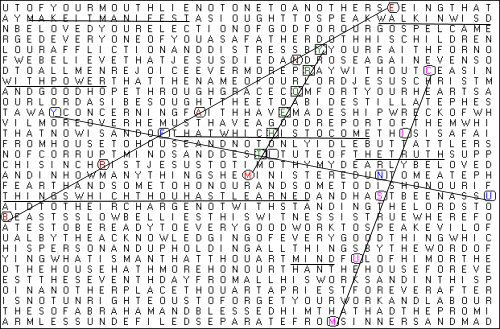 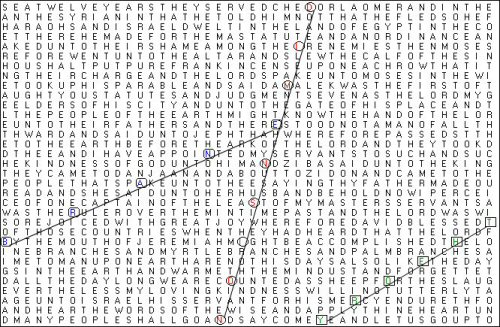 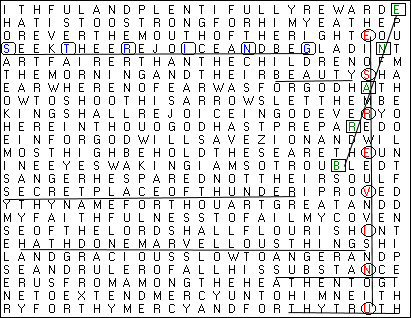 Also see this page on matrices in the Psalms and how they could relate to years in this century. Since the above matrix ends at Psalm 115, it may be predicting a Braneworld shift in the earth and the universe by year 2015. Refer to the words in Psalm 115, which would relate to year 2015 according to the Psalms prophecy theory of J.R. Church discussed on this page. Note the plural in 115:16 "even the heavens" may be talking about alternate universes. From Psalm 115:
"115:3 But our God is in the heavens: he hath done whatsoever he hath pleased....
15 Ye are blessed of the Lord which made heaven and earth.
16 The heaven, even the heavens, are the Lord's: but the earth hath he given to the children of men." 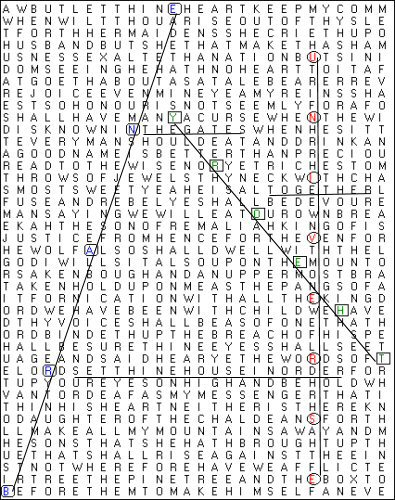 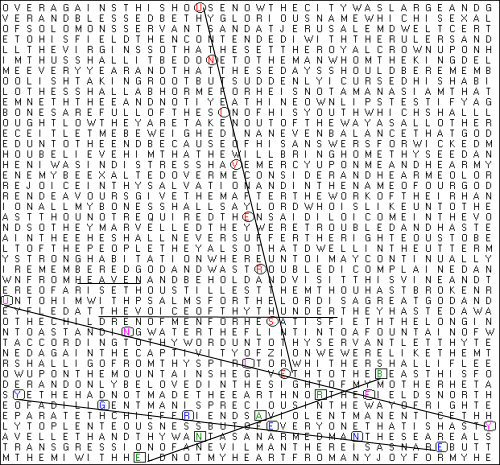 The next two matrices used GRAVITON for keyword, the graviton being a particle of gravity force. The next matrix at Exodus 28:6 - 1 Samuel 19:5 contains:
-- GRAVITON (ELS=-86209)
-- STRING
-- ELEVEN (as in eleven dimensions in M-Theory) 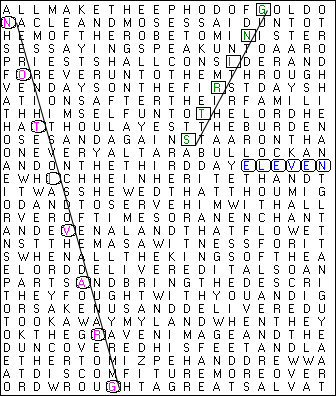 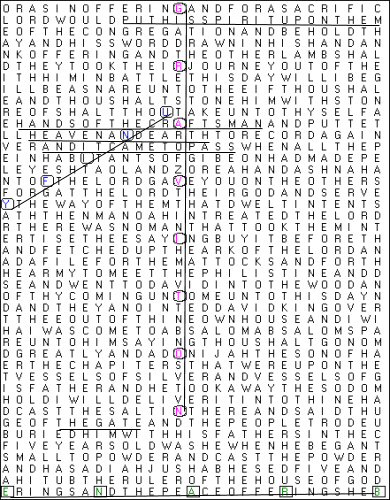 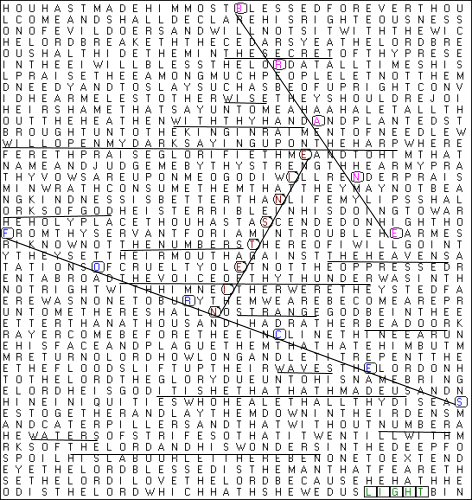 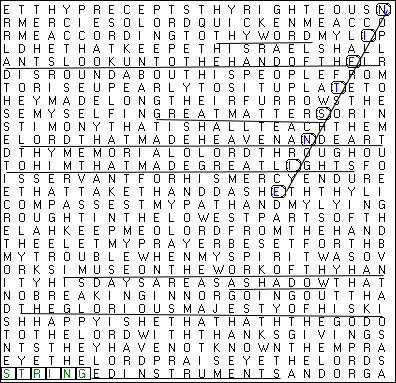 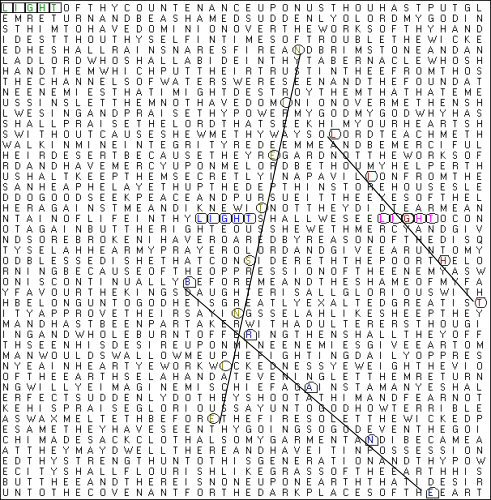 Other dimensions and the afterlife and life after death 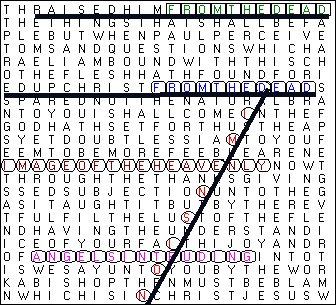 There are a lot of books describing the Afterlife, as a result of psychic medium communications with the Dead in the Afterlife, and Near Death Experiences, electronic voice communication with the Dead, etc. The Afterlife is described as having 7 levels, you initially arrive at level 2 or 3, and you can advance in levels with training and experiences by reincarnation to new lives on earth. Note John 14:2 King James Bible, "In my Father's house are many mansions", may be referring to the 7 levels or spheres of the Afterlife. Your life experiences on earth are reviewed in a life review after return to the Afterlife after Death. People often have had many past lives on earth and even on other planets. And lives on earth are planned ahead of time, including when you will die. In the time between lives there is a soul group that you meet with for discussion and training. The 7 levels of the Afterlife are said to be in an alternate dimension, and are said to surround earth and extend out from earth into space. I wonder: could these seven levels of the Afterlife in another dimension, be an explanation of Dark Matter and Dark Energy in the world of Physics. Dark Matter is unexplained matter that holds galaxies together, and Dark Energy that causes expansion of the Universe.

My paintings on the 7 levels of Heaven 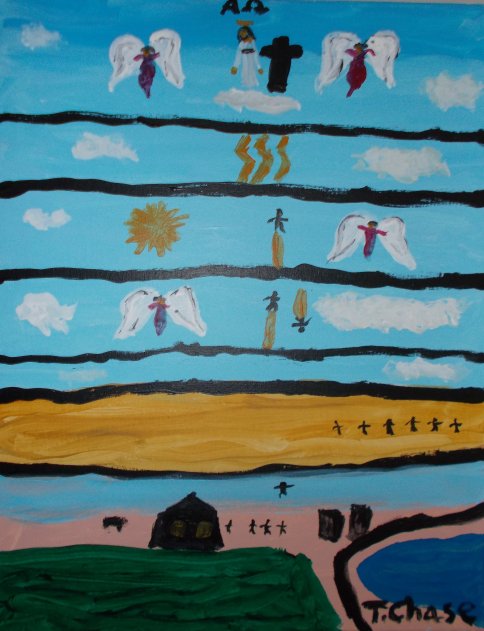 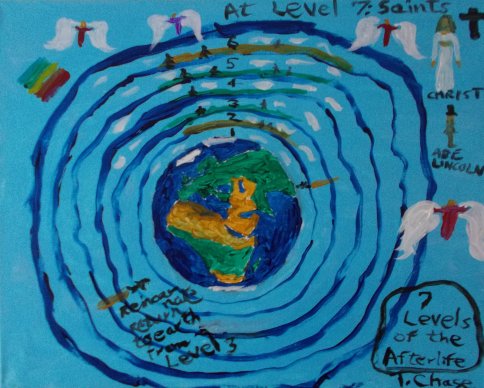 This next King James version Bible Code matrix was from an Old Testament search for AFTERLIFE. It is at Nehemiah 1:4 to Isaiah 44:11. Included in it are:
-- Psalm 97:9 "HIGH ABOVE ALL THE EARTH"
"THE IVORY PALACES"
"LIGHT"
"UPON ALL THE HILLS"

The next matrix resulted from a New Testament search for AFTERLIFE, SOULS. It is at Matthew 8:13 to Mark 3:31. In this matrix are:
"SECRET FROM THE FOUNDATION OF THE WORLD"
"SPIRIT"
"BEHOLD A BRIGHT CLOUD"
"THE KINGDOM OF HEAVEN"
"THEY SHALL SEE THE SON OF MAN"
"TEMPLE AND THE ALTER"
"AND GREAT MULTITUDES FOLLOWED THE DISCIPLES"
"SAID UNTO HIS DISCIPLES"
"YOUR MASTER"
"AND NO MAN KNOWETH"
"IT IS BETTER FOR THEE TO ENTER INTO LIFE"
"FACE OF THE SKY"
"TO THE DOOR OF THE SEPULCHRE"
"FOR DOCTRINES THE COMMANDMENTS OF MEN" 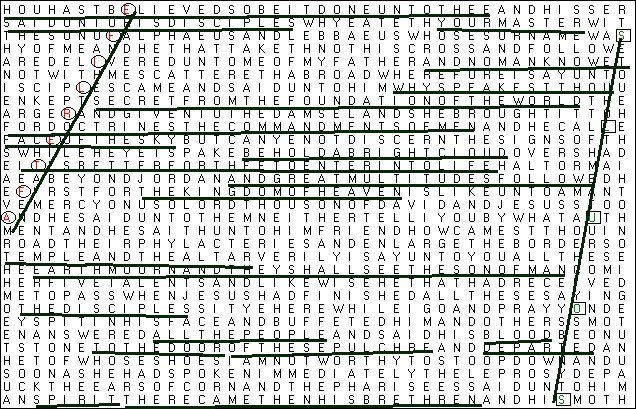 A New Testament search, ETERNITY, SOULS, LIVES. The matrix is at Mark 15:39 to 2 Timothy 1:12. In this matrix are:
"AND GAVE UP THE GHOST"
"DISEASES"
"TO PREACH THE KINGDOM OF GOD"
"ASCEND UNTO MY FATHER AND YOUR FATHER"
"THE HOST OF HEAVEN"
"CHURCH"
"DEATH"
"THE TEMPLE"
"SLEEP"
"REVELATION"
"WALK IN THE SPIRIT"
"THE MYSTERY"
"MIGHT BE REVEALED"
"THE SPIRIT"
"HE ROSE UP" 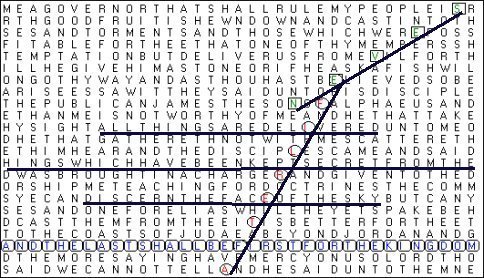 You can also watch my videos on subjects discussed on this web site.


Return to the main page of Revelation13.net